Air China, China Eastern Airlines and China Southern Airlines will dispatch flagship models 747-8, A359 and A380, respectively. Meanwhile, Xiamen Airlines will send a Boeing 787 to take part in the test flight.

This comes nearly three and a half months after the airport welcomed the first test plane on January 22. 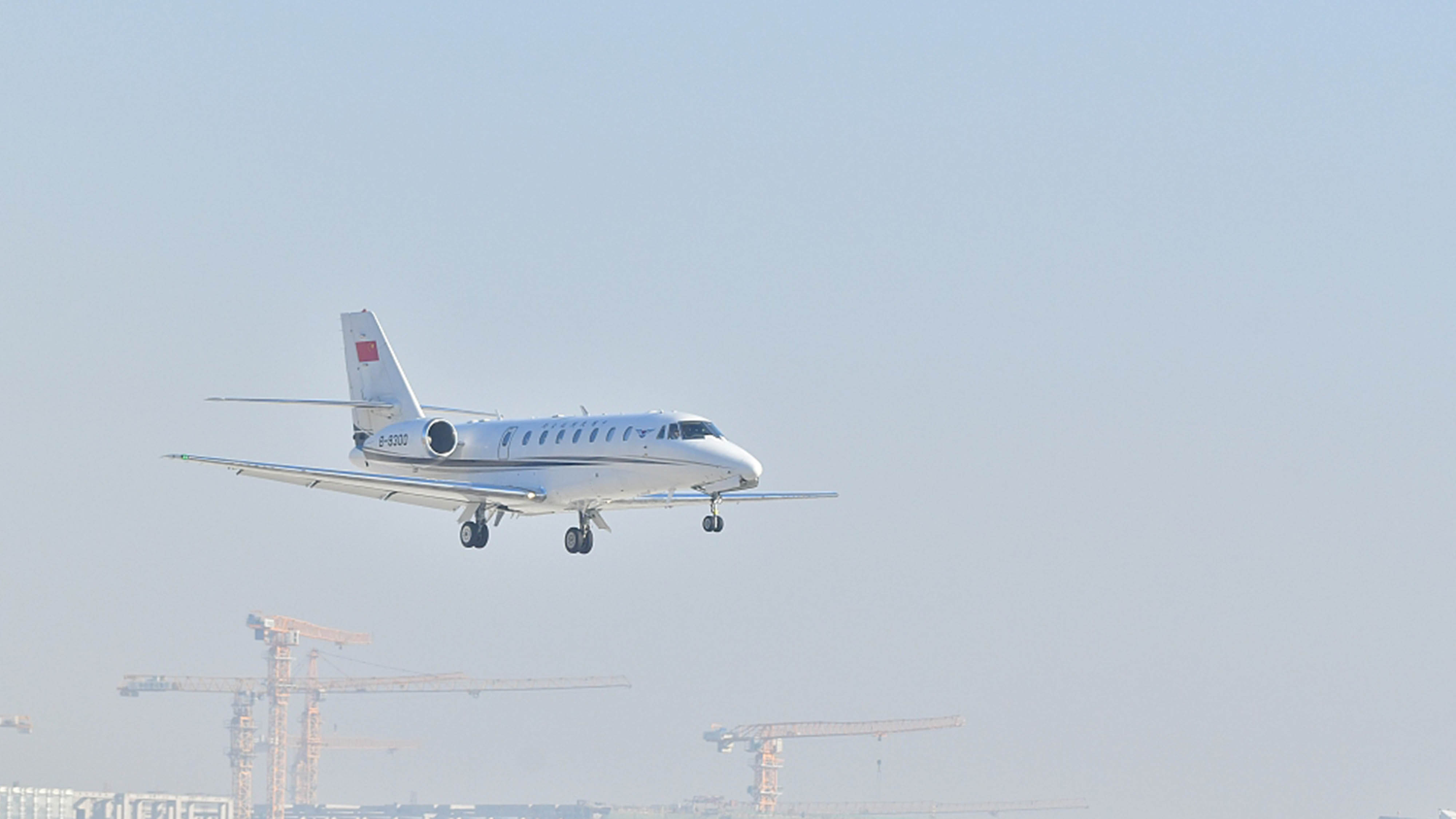 According to the plan, these airplanes should arrive at the airport before 10:00 a.m. After ground clearance, these planes will take off from runway 01L/19R, 17R/35L and 17L/35R. The whole process will take about one hour.

Currently, preparatory work for the airport is in high gear. The new airport's four runways and related taxiways passed acceptance inspection on April 28-30.

Daxing airport's flight inspection, which is a prerequisite for all new airports before entering service, was completed on February 24, 19 days ahead of schedule.

The construction of Beijing Daxing International Airport is set to be completed on June 30. /VCG Photo

The inspections, which lasted for 34 days, started on January 22 and were supposed to last until March 15, covering the airport's four runways, six landing systems, seven lighting facilities and other services.

Beijing's second major civil airport, it is scheduled to be completed on June 30 and open on September 30. It aims to meet the country's surging demand and relieve Beijing Capital International Airport from tight flight pressure.

The new airport, which is located at the junction of Beijing's Daxing District and Langfang, a city in neighboring Hebei Province, is expected to handle 45 million passengers annually by 2021 and 72 million by 2025.